The first breadcrumb that led me to my book, The Murder of Marion Miley, was a copy of a microfiche newspaper article given to me by my late father-in-law in the 1980s. Prior to that, I had never heard of the 27-year-old national golf star who had lived at the Lexington Country Club with her mother and died in 1941 when someone broke in and fired a bullet into her brain. Her mother was also killed. The crime had taken place when my father-in-law was a teenager and had stayed with him ever since.

The story of the pretty, young, murdered golfer stuck with me, too. It started me on a journey. Like breadcrumbs on a trail, these were my steps: 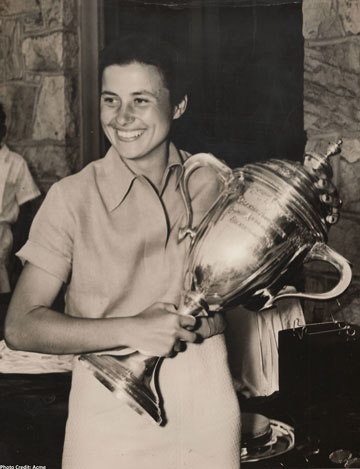 Marion Miley – From her first golf tournament at 17 years old, Marion was a winner. Young, pretty, talented and smart, she had everything to conquer golf’s national stage. The family moved into an apartment at the Lexington Country Club when Fred Miley was named golf pro. To the Miley women, the country club was home, but to the robbers, it represented unimagined wealth. When fantasy met reality, it resulted in a shocking crime with devastating consequences for everyone. 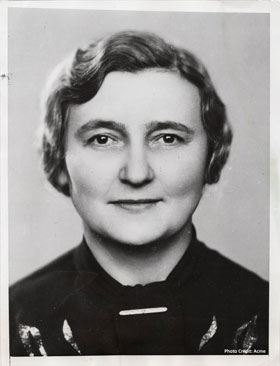 Elsie Miley – A German immigrant who grew up in Buffalo, N.Y., Elsie was Marion’s mother as well as the country club’s office manager. As the only child, Marion was the center of her mother’s world. Elsie proved it the night of the robbery when despite being shot three times, she crawled 200 yards over gravel and dirt to get Marion help. 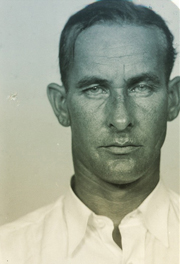 Tom Penney – He came from a solid family with strong roots to Anderson County, Kentucky. But after his father died when the boy was only 12, Tom Penney lost his way in a series of crimes and prison sentences. On the night of the robbery, his instincts told him repeatedly not to go through with it. 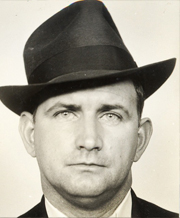 Bob Anderson – Cunning and self-assured, Anderson considered himself the smartest person in the room. Even though he was an ex-con, he still had the financial resources to hire high-priced defense attorneys. Anderson also used every manipulative trick he had on Penney, regardless of consequences. 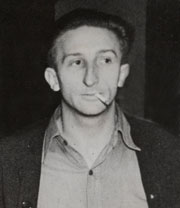 Raymond “Skeeter” Baxter – The crime’s inside man, Skeeter worked for the country club first as a caddy and later as a greenskeeper. Mrs. Miley trusted him. She liked him. He betrayed that friendship by hatching a robbery plan that went terribly wrong.

Fred Miley – “All that I am in golf, I owe to my father,” Marion once said about Fred. He was her first teacher, her toughest critic and her biggest fan. He wasn’t able to make it to the highest echelon of golf, but he believed his daughter could. While he had kept his family safe from the Great Depression’s economic hardships, Fred couldn’t protect them from the most serious threat of all – desperate men who would do anything, including murder, for money. 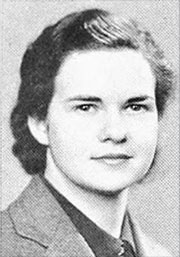 Frances “Fritz” Laval – One of Marion’s closest friends, Fritz was perhaps the real hero in the doomed golfer’s story. A treasure-trove of items belonging to Marion – her golf clubs, a watch and the scrapbooks that Marion assembled nine months before she died – were discovered in the basement of a Lexington home once owned by Fritz. She had kept them safe almost 50 years, even after her own death.

Publish the Menu module to "offcanvas" position. Here you can publish other modules as well.
Learn More.